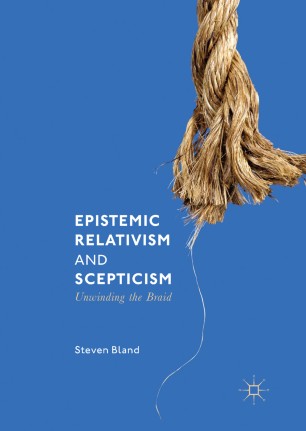 This book confronts the threats of epistemic relativism and Pyrrhonian scepticism to analytic philosophy.  Epistemic relativists reject absolute notions of knowledge and justification, while sceptics claim that knowledge and justification of any kind are unattainable.  If either of these views is correct, then there can be no objective basis for thinking that one set of methods does a better job of delivering accurate information than any other set of methods. Philosophers have generally sought to resist these threats by responding to the argument that seems to motivate both positions: the Agrippan trilemma.  Steven Bland argues that this is a mistaken strategy. He surveys the most influential responses to the Agrippan trilemma, and shows that none of them succeeds in undermining epistemic relativism.  Bland also offers a new, dialectical strategy of challenging epistemic relativism by uncovering how epistemic methods depend on one another for their applications.  By means of this novel analysis, the book concludes that there are principled reasons to prefer naturalistic to non-naturalistic methods, even if these reasons do little to ease the threat of scepticism.

Steven Bland is Associate Professor of Philosophy at Huron University College at Western University, Ontario, Canada.  His work focuses on foundational issues in epistemology, the philosophy of science, and early analytic philosophy.