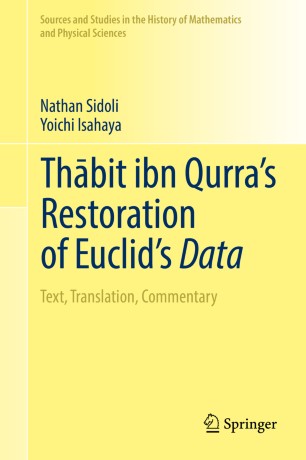 This book provides a critical edition, translation, and study of the version of Euclid’s treatise made by Thābit ibn Qurra, which is the earliest Arabic version that we have in its entirety. This monograph study examines the conceptual differences between the Greek and Arabic versions of the treatise, beginning with a discussion of the concept of "given" as it was developed by Greek mathematicians. This is followed by a short account of the various medieval versions of the text and a discussion of the manuscripts used in this volume. Finally, the Arabic text and an English translation are provided, followed by a critical commentary.