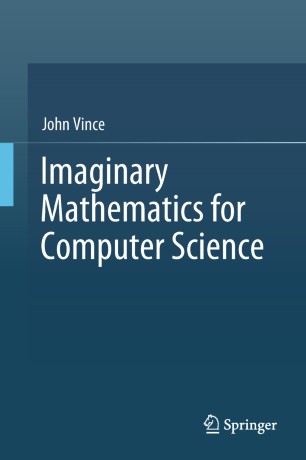 The imaginary unit i = √-1 has been used by mathematicians for nearly five-hundred years, during which time its physical meaning has been a constant challenge. Unfortunately, René Descartes referred to it as “imaginary”, and the use of the term “complex number” compounded the unnecessary mystery associated with this amazing object. Today, i = √-1 has found its way into virtually every branch of mathematics, and is widely employed in physics and science, from solving problems in electrical engineering to quantum field theory.

John Vince describes the evolution of the imaginary unit from the roots of quadratic and cubic equations, Hamilton’s quaternions, Cayley’s octonions, to Grassmann’s geometric algebra. In spite of the aura of mystery that surrounds the subject, John Vince makes the subject accessible and very readable.

The first two chapters cover the imaginary unit and its integration with real numbers. Chapter 3 describes how complex numbers work with matrices, and shows how to compute complex eigenvalues and eigenvectors. Chapters 4 and 5 cover Hamilton’s invention of quaternions, and Cayley’s development of octonions, respectively. Chapter 6 provides a brief introduction to geometric algebra, which possesses many of the imaginary qualities of quaternions, but works in space of any dimension. The second half of the book is devoted to applications of complex numbers, quaternions and geometric algebra. John Vince explains how complex numbers simplify trigonometric identities, wave combinations and phase differences in circuit analysis, and how geometric algebra resolves geometric problems, and quaternions rotate 3D vectors. There are two short chapters on the Riemann hypothesis and the Mandelbrot set, both of which use complex numbers. The last chapter references the role of complex numbers in quantum mechanics, and ends with Schrödinger’s famous wave equation.

Filled with lots of clear examples and useful illustrations, this compact book provides an excellent introduction to imaginary mathematics for computer science.