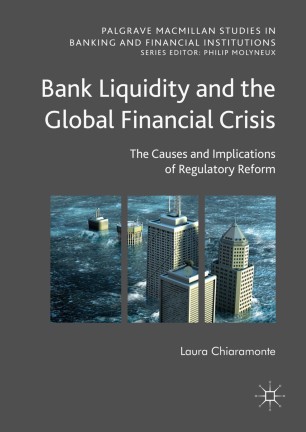 The Causes and Implications of Regulatory Reform

One of the lessons learned from the Global Financial Crisis of 2007–9 is that minimum capital requirements are a necessary but inadequate safeguard for the stability of an intermediary. Despite the high levels of capitalization of many banks before the crisis, they too experienced serious difficulties due to insufficient liquidity buffers. Thus, for the first time, after the GFC regulators realized that liquidity risk can jeopardize the orderly functioning of a bank and, in some cases, its survival. Previously, the risk did not receive the same attention by regulators at the international level as other types of risk including credit, market, and operational risks. The GFC promoted liquidity risk to a significant place in regulatory reform, introducing uniform international rules and best practices. The literature has studied the potential effects of the new liquidity rules on the behaviour of banks, the financial system, and the economy as a whole.

This book provides a comprehensive understanding of the bank liquidity crisis that occurred during the GFC, of the liquidity regulatory reform introduced by the Basel Committee with the Basel III Accord, and its implications both at the micro and macroeconomic levels.

Laura Chiaramonte is Associate Professor in Banking and Finance at Università Cattolica del Sacro Cuore of Milan, Italy. She gained her Bachelor’s in Business Economics and PhD in Business Administration from the University of Verona, Italy. She has been working as a visiting researcher at the Cass Business School, City University of London, UK since 2010. Her main research includes the role of bank credit default swaps (CDSs) in the financial crisis of 2007-9, the role of cooperative banks in promoting bank stability, the reliability of the Z-score in predicting bank failure, and the role of the Basel III capital and liquidity ratios in reducing bank distress phenomena. Her research has been published in journals, such as The European Journal of Finance, The British Accounting Review, European Financial Management, and Financial Markets, Institutions and Instruments.

“With this book not only do you have a thorough assessment of liquidity risk measures, management, and implications for banks, but also a comprehensive review of the related issues during the subprime financial crisis. I think that Laura Chiaramonte’s book should be carefully read by both academic and top managers in order to better understand the most problematic risk in the banking system. It perfectly highlights the dark side of any bank.” (Andrea Paltrinieri, Assistant Professor of Banking and Finance, University of Udine, Italy)