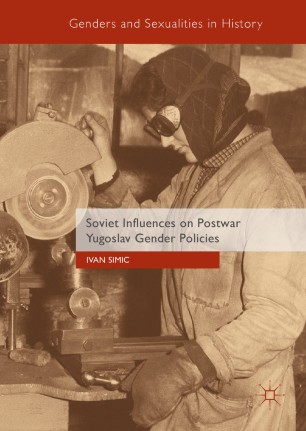 This book explores Soviet influences on Yugoslav gender policies, examining how Yugoslav communists interpreted, adapted and used Soviet ideas to change Yugoslav society. The book sheds new light on the role of Soviet models in producing Yugoslav family and reproductive laws, and in framing the understandings of gender which affected key policies such as the collectivisation of agriculture, labour policies, policies towards Muslim populations, and policies concerning youth sexuality. Through a gender analysis of all these policies, this book points to the difficulties of applying Soviet solutions in Yugoslavia. Deeply entrenched patriarchal attitudes undermined Yugoslav communists’ ability to challenge gender norms, causing many disputes and struggles within the Communist Party over the meanings and application of Soviet gender models. Yet, Soviet models informed how Yugoslav communists approached gender-related issues for many years, even after the conflict erupted between these two countries.

Ivan Simic is a postdoctoral fellow at Carleton University, Canada. He has taught at UCL and Goldsmiths, University of London and held research fellowships at Yale University and the University of Graz. Previous publications include a contribution to Gender in Twentieth-Century Eastern Europe and the Soviet Union (Palgrave, 2016) as well numerous articles on Yugoslav gender history.