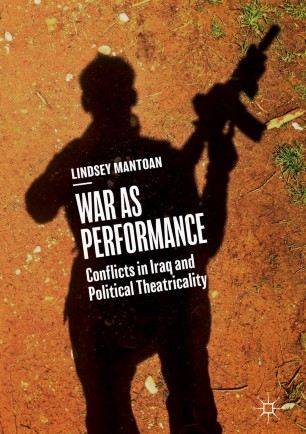 Conflicts in Iraq and Political Theatricality

This book examines performance in the context of the 2003 Iraq War and subsequent conflicts with Daesh, or the so-called Islamic State. Working within a theater and performance studies lens, it analyzes adaptations of Greek tragedy, documentary theater, political performances by the Bush administration, protest performances, satiric news television programs, and post-apocalyptic narratives in popular culture. By considering performance across genre and media, War as Performance offers an interdisciplinary approach to the study of culture, warfare, and militarization, and argues that spectacular and banal aesthetics of contemporary war positions performance as a practice struggling to distance itself from appropriation by the military for violent ends. Contemporary warfare has infiltrated our narratives to such an extent that it holds performance hostage. As lines between the military and performance weaken, this book analyzes how performance responds to and potentially shapes war and conflict in the new century.