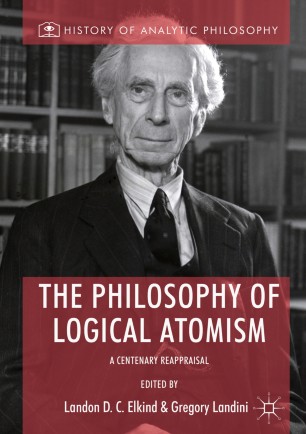 The Philosophy of Logical Atomism

This book offers a comprehensive critical survey of issues of historical interpretation and evaluation in Bertram Russell's 1918 logical atomism lectures and logical atomism itself. These lectures record the culmination of Russell's thought in response to discussions with Wittgenstein on the nature of judgment and philosophy of logic and with Moore and other philosophical realists about epistemology and ontological atomism, and to Whitehead and Russell’s novel extension of revolutionary nineteenth-century work in mathematics and logic.  Russell's logical atomism lectures have had a lasting impact on analytic philosophy and on Russell's contemporaries including Carnap, Ramsey, Stebbing, and Wittgenstein. Comprised of 19 original essays, this book will demonstrate how the direct and indirect influence of these lectures thus runs deep and wide.

Gregory Landini is Professor of Philosophy at the University of Iowa, USA. He is the author of four books on the founding figures of analytic philosophy, including the groundbreaking Russell's Hidden Substitutional Theory in 1998 - explaining how the early substitutional logic of Russell’s type-free ontology of propositions, which was planned for his never realized second volume of The Principles of Mathematics (1903) evolved into the “no-propositions” simple type formal grammar of Principia Mathematica (1910). It’s sequel, Wittgenstein’s Apprenticeship with Russell (2007) argues that Wittgenstein’s Tractarian doctrines were offered in alliance with Russell’s 1914 program for scientific method in philosophy with an emulation of Principia’s logic as its essence. Together with his book Russell (2010), all three earned Bertrand Russell Society Book Awards. The fourth book, Frege’s Notations: What they are and how they mean (2012) is in Palgrave Macmillan’s History of Analytic Philosophy Series. Landini has written many scholarly articles on Russell, including “Whitehead’s (Badly) Emended Principia” and “Typos of Principia Mathematica” in History and Philosophy of Logic, “Russellian Facts About the Slingshot” in Axiomathes, and “Zermelo and Russell’s Paradox: Is There a Universal Set?” and “Logicism and the Problem of Infinity: The Number of Numbers” in Philosophia Mathematica. He is a director of the Bertrand Russell Society.

Landon D. C. Elkind is a graduate student in philosophy at the University of Iowa, USA. He is treasurer of the Bertrand Russell Society and of the Society for the Study of the History of Analytical Philosophy. His dissertation, In Defense of Logical Atomism, concerns both the necessary features of the underlying logic of logical atomism and what doctrines are essential to logical atomism, especially in light of its historical development.