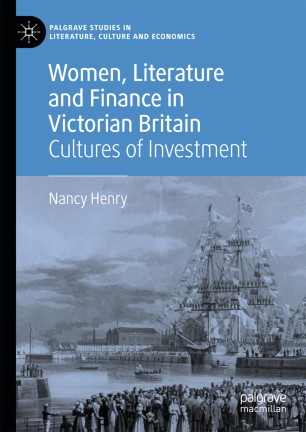 Part of the Palgrave Studies in Literature, Culture and Economics book series (PSLCE)

Women, Literature and Finance in Victorian Britain: Cultures of Investment defines the cultures that emerged in response to the democratization of the stock market in nineteenth-century Britain when investing provided access to financial independence for women. Victorian novels represent those economic networks in realistic detail and are preoccupied with the intertwined economic and affective lives of characters. Analyzing evidence about the lives of real investors together with fictional examples, including case studies of four authors who were also investors, Nancy Henry argues that investing was not just something women did in Victorian Britain; it was a distinctly modern way of thinking about independence, risk, global communities and the future in general.