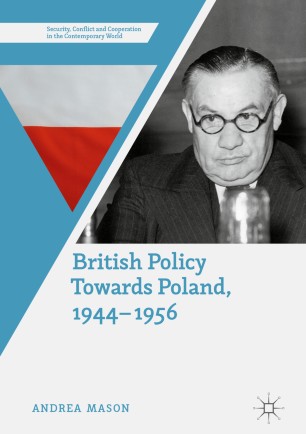 This book examines the outcome of the British commitment to reconstitute a sovereign Polish state and establish a democratic Polish government after the Second World War. It analyses the wartime origins of Churchill’s commitment to Poland, and assesses the reasons for the collapse of British efforts to support the leader of the Polish opposition, Stanisław Mikołajczyk, in countering the attempt by the Polish communist party to establish one-party rule after the war. This examination of Anglo-Polish relations is set within the broader context of emerging early Cold War tensions. It addresses the shift in British foreign policy after 1945 towards the US, the Soviet Union and Europe, as British leaders and policymakers adjusted both to the new post-war international circumstances, and to the domestic constraints which increasingly limited British policy options. This work analyses the reasons for Ernest Bevin’s decision to disengage from Poland, helping to advance the debate on the larger question of Bevin’s vision of Britain’s place within the newly reconfigured international system. The final chapter surveys British policy towards Poland from the period of Sovietisation in the late 1940s up to the October 1956 revolution, arguing that Poland’s process of liberalisation in the mid-1950s served as the catalyst for limited British reengagement in Eastern Europe.