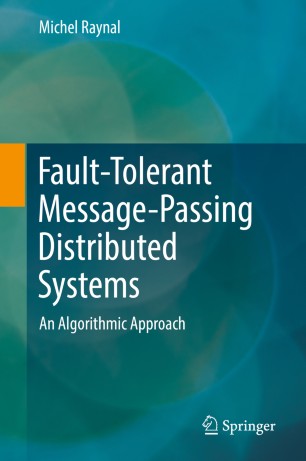 This book presents the most important fault-tolerant distributed programming abstractions and their associated distributed algorithms, in particular in terms of reliable communication and agreement, which lie at the heart of nearly all distributed applications. These programming abstractions, distributed objects or services, allow software designers and programmers to cope with asynchrony and the most important types of failures such as process crashes, message losses, and malicious behaviors of computing entities, widely known under the term "Byzantine fault-tolerance". The author introduces these notions in an incremental manner, starting from a clear specification, followed by algorithms which are first described intuitively and then proved correct.
The book also presents impossibility results in classic distributed computing models, along with strategies, mainly failure detectors and randomization, that allow us to enrich these models. In this sense, the book constitutes an introduction to the science of distributed computing, with applications in all domains of distributed systems, such as cloud computing and blockchains. Each chapter comes with exercises and bibliographic notes to help the reader approach, understand, and master the fascinating field of fault-tolerant distributed computing.