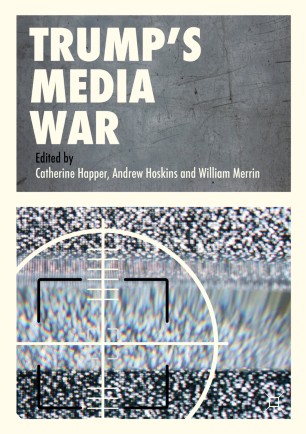 The election of Donald Trump as US President in 2016 seemed to catch the world napping. Like the vote for Brexit in the UK, there seemed to be a new de-synchronicity – a huge reality gap – between the unfolding of history and the mainstream news media’s interpretations of and reporting of contemporary events. Through a series of short, sharp interventions from academics and journalists, this book interrogates the emergent media war around Donald Trump. A series of interconnected themes are used to set an agenda for exploration of Trump as the lynch-pin in the fall of the liberal mainstream and the rise of the right media mainstream in the USA. By exploring topics such as Trump’s television celebrity, his presidential candidacy and data-driven election campaign, his use of social media, his press conferences and combative relationship with the mainstream media, and the question of ‘fake news’ and his administration’s defence of ‘alternative facts’, the contributors rally together to map the parallels of the seemingly momentous and continuing shifts in the wider relationship between media and politics.