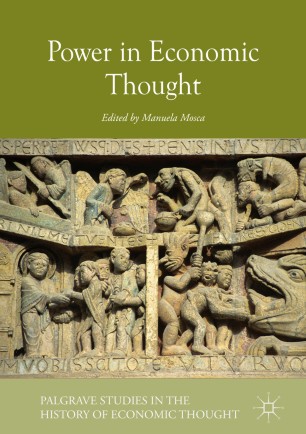 This book offers a pluralistic vision of the way economists have dealt with the question of power in society over the last two centuries. Economists’ ideas about power are examined from political, theoretical and policy-making points of view, with additional discussion of the active participation of economists in the management of power.

The book is organized into four main conceptions of power relations: i) Power as embedded in political institutions; ii) Power as emerging from the asymmetric relations caused by the unequal distribution of income and wealth; iii) Power as associated to the monopolistic or oligopolistic position held by some firms in the market; and iv) Power as the management of economic policies by the state.

Mosca brings together contributions from a range of scholars to analyse how economists have considered the role of power, putting the discussion into a much needed historical context.