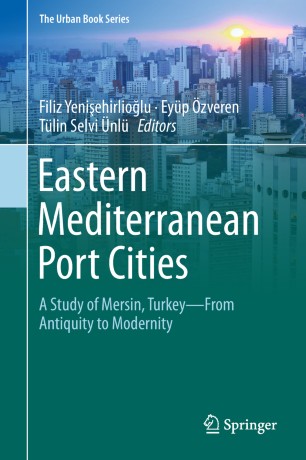 A Study of Mersin, Turkey—From Antiquity to Modernity

This book surveys the historical development, current problems and likely prospects for Eastern Mediterranean port cities, providing contributions from scholars from various disciplines, such as archaeologists, historians, economists, urban planners and architects. By studying the city of Mersin and the surrounding area, it offers insights into the changing nature of Eastern Mediterranean port cities.
The first part of the book discusses the approaches to the Mediterranean World, from the late prehistory to the present, and questions the implications of the values inherited from the past for a sustainable future. The second part then examines the social structure of Eastern Mediterranean port cities presenting an in-depth study of different ethnic groups and communities. In the third part the changing physical structure of these cities is elucidated from the perspectives of archaeology, architecture, and urban planning. The last part focuses on urban memory through a detailed study based on live recordings of original accounts by the local people.
The book benefits prospective researchers in the field of Mediterranean studies, archaeology, history, economic history, architecture and urban planning.