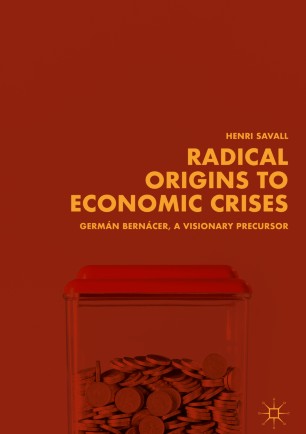 This book presents the complete and pioneering works of the great Spanish economist, Germán
Bernácer (1883-1965), to an English audience for the first time. Bernácer, the first director of
the Research Service of the Bank of Spain (1930–55), inspired Keynes’ theory but was also a
major critic and opponent of it. A macroeconomist by trade, Bernácer’s major theory related to
recurring crises, which he believed were inherent in the existence of speculative markets such as
property, works of art, long term currency markets, commercial trading, materials, and energy.
Bernácer believed that these speculative markets generate unearned income and hoarding,
they abound in financial capital and, when such capital is captured, it then lacks in production
industries where real value is created, draining their financing. The author shows how history
has repeated itself in this manner in 1929, 2007, 2008, 2014 and 2016.
The author derives his content from Bernácer’s Spanish publications and his private
correspondence with his contemporary economists, providing an historical and thematic insight
into his thinking. It is well-timed to contribute to current worldwide debates on monetary,
fi nancial and budgetary policies needed to implement an economic order that can restore
economic stability, providing readers with rare and important insights into the deep roots of crises.
The book will be of interest to all readers interested in the history of economic thought, history
of financial crises, Keynesian approaches to economics and criticism to Keynesian approaches.

Henri Savall is Emeritus Professor at University Jean Moulin Lyon 3, France and Founding President for the Socio-Economic Institute of Firms and Organizations (ISEOR).