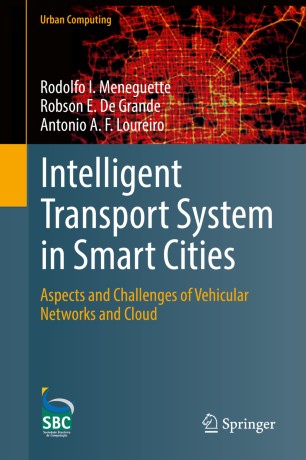 Aspects and Challenges of Vehicular Networks and Cloud

This book presents a timely description of currently used and proposed technologies that involve the intelligent transport system to assist the manager of large cities. Therefore, it describes all concepts and technologies that address the challenges, bringing up a top-down approach, which begins from the vehicular network and central infrastructure to a distributed structure.

For scientists and researchers, this book will bring together the state-of-the-art of the main techniques that involve intelligent transport systems to assist the manager of big cities.

For practitioners and professionals, this book will describe techniques which can be put into practice and use to aid the development of new applications and services.

Concerning postgraduate students, this book will provide highlights of main concerns and concepts and explain techniques that can assist students to identify challenges that they can explore, contribute to, and advance the current status of technology.

Robson Eduardo De Grande is Professor in the Department of Computer Science at Brock University. He was formerly the Network Manager of the NSERC DIVA Strategic Research Network and a Senior Research Associate at the School of Electrical Engineering and Computer Science, University of Ottawa, Canada. He received his Ph.D. degree at the University of Ottawa in 2012 and his M.Sc. and B.Sc. degrees in Computer Science from the Federal University of Sao Carlos, Brazil in 2006 and 2004, respectively. He served as TPC Chair of IEEE/ACM DS-RT 2014. His research interests include large-scale distributed and mobile systems, Cloud computing, high performance computing, performance modeling and simulation, computer networks, vehicular networks, and distributed simulation systems.

Antonio Alfredo Ferreira Loureiro  received his B.Sc. and M.Sc. degrees in Computer Science from the Federal University of Minas Gerais (UFMG), Brazil, and the Ph.D. degree in Computer Science from the University of British Columbia, Canada. Currently, he is a full professor of Computer Science at UFMG, where he leads the research group in mobile ad hoc networks. He is a regular Visiting Professor at DIVA Strategic Reserach Network and  PARADISE Research Laboratory, University of Ottawa. His main research areas are mobile computing, vehicular networks, wireless sensor networks, and distributed algorithms. In the last 15 years he has published regularly in international conferences and journals related to those areas, and also presented keynotes and tutorials at international conferences. He is the recipient of the IEEE ComSoc Ad-Hoc and Sensor Network Technical Achievement Award.

“The goal of this book is to present the main concepts of intelligent transportation systems. … researchers and practitioners who want a first look at this technology could use this book--it mainly presents the concepts and state of the art. … The book could also be used to structure a course on urban mobility.” (Santiago Vidal, Computing Reviews, April 25, 2019)
Buy options