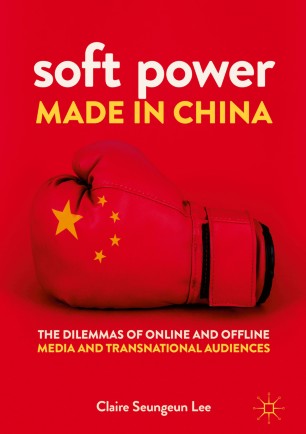 Soft Power Made in China

The Dilemmas of Online and Offline Media and Transnational Audiences

This book analyzes the ways in which China’s soft power growth faces dilemmas in East Asia through both online and offline platforms. One dilemma for China’s transnational soft power-field expansion lies in the intersection of its source and receiving countries. The author discusses how transnational audiences’ consumption and reception of Chinese television series are shaped by domestic factors, with interpretations of and desires for different forms of capital, further inhibiting the foreign export of these series. Another dilemma is the “outsourced soft power.” While Hong Kong and Taiwan play significant roles as outsourced soft power mediators, their under-established emerging digital media platforms have yet to meet the expectations of transnational audiences in a virtual transnational soft power field.

Grounded in the author’s multi-site field research focused on television spheres, Soft Power Made in China argues that China’s soft power paradox in South Korea and Japan—two quasi-Sinophone countries—is not due to a lack of state-level strategy, but linked to soft power pathways that rely on production in one source country, and both distribution and reception in a receiving country.