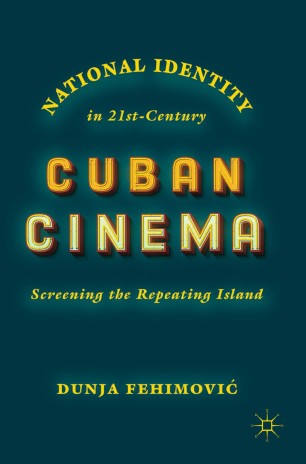 National Identity in 21st-Century Cuban Cinema tours early 21st-century Cuban cinema through four key figures—the monster, the child, the historic icon, and the recluse—in order to offer a new perspective on the relationship between the Revolution, culture, and national identity in contemporary Cuba. Exploring films chosen to convey a recent diversification of subject matters, genres, and approaches, it depicts a changing industrial landscape in which the national film institute (ICAIC) coexists with international co-producers and small, ‘independent’ production companies. By tracing the reappearance, reconfiguration, and recycling of national identity in recent fiction feature films, the book demonstrates that the spectre of the national haunts Cuban cinema in ways that reflect intensified transnational flows of people, capital, and culture. Moreover, it shows that the creative manifestations of this spectre screen—both hiding and revealing—a persistent anxiety around Cubanness even as national identity is transformed by connections to the outside world.

Dunja Fehimović is Lecturer in Hispanic Studies at Newcastle University, UK. She holds a PhD from the University of Cambridge, UK. She is co-editor of the Screen Arts issue of the Hispanic Research Journal, and co-edited a volume entitled Branding Latin America: Strategies, Aims, Resistance (2018).

“Combining a broad ranging theoretical framework with close readings of selected films, this is a fresh and original study of twenty-first century independent filmmaking in Cuba as the expression of an anxious quest for cubanía (Cubanness) in the face of the country’s reinsertion into global circuits of capital, information and culture.” (Michael Chanan, Professor of Film & Video, University of Roehampton, UK)

“More than a half-century after revolutionary films astounded international audiences, Cuba’s filmmakers remain both vocal and visionary. This compelling study positions lesser-known directors alongside maestros, and juxtaposes works made inside as well as outside the national film institute (ICAIC). In doing so, it proffers an insightful panorama of the vibrant 21st-century island production that emerges despite (or perhaps because of) seismic shifts in notions of national identity, transnational cultural practices, and Cuba’s place in the world.” (Ann Marie Stock, author of On Location in Cuba: Street Filmmaking during Times of Transition)