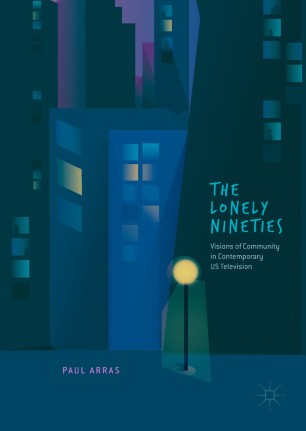 Visions of Community in Contemporary US Television

This book examines the most popular American television shows of the nineties—a decade at the last gasp of network television’s cultural dominance. At a time when American culture seemed increasingly fragmented, television still offered something close to a site of national consensus. The Lonely Nineties focuses on a different set of popular nineties television shows in each chapter and provides an in-depth reading of scenes, characters or episodes that articulate the overarching “ideology” of each series. It ultimately argues that television shows such as Seinfeld, Friends, Law & Order and The Simpsons helped to shape the ways Americans thought about themselves in relation to their friends, families, localities, and nation. It demonstrates how these shows engaged with a variety of problems in American civic life, responded to the social isolation of the age, and occasionally imagined improvements for community in America.