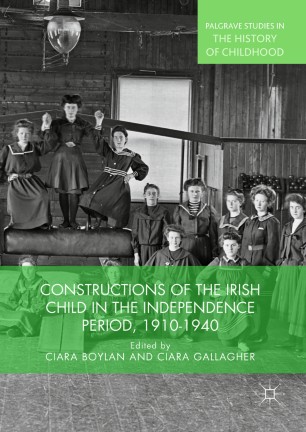 Constructions of the Irish Child in the Independence Period, 1910-1940

This volume explores how Irish children were ‘constructed’ by various actors including the state, youth organisations, authors and publishers in the period before and after Ireland gained independence in 1922. It examines the broad variety of ways in which the Irish child was constructed through social and cultural activities like education, sport, youth organizations, and cultural production such as literature, toys, and clothes, covering themes ranging from gender, religion and social class, to the broader politics of identity, citizenship, and nation-building. A variety of ideals and ideologies, some of them conflicting, competed to inform how children were constructed by the adults who looked on them as embodying the future of the nation. Contributors ask fundamental questions about how children were constructed as part of the idealisation of the state before its formation, and the consolidation of the state after its foundation.