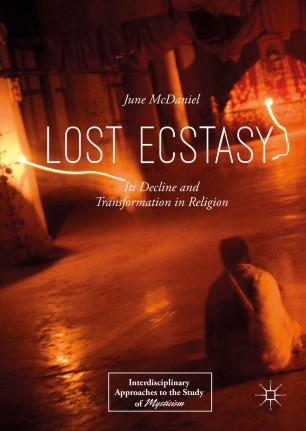 Its Decline and Transformation in Religion

This book is a study of religious ecstasy, and the ways that it has been suppressed in both the academic study of religion, and in much of the modern practice of religion.  It examines the meanings of the term, how ecstatic experience is understood in a range of religions, and why the importance of religious and mystical ecstasy has declined in the modern West. June McDaniel examines how the search for ecstatic experience has migrated into such areas as war, terrorism, transgression, sexuality, drug use, and anti-institutional forms of spirituality.  She argues that the loss of religious and mystical ecstasy, as both a religious goal and as a topic of academic study, has had wide-ranging negative effects.  She also proposes that the field of religious studies must go beyond criminalizing, trivializing and pathologizing ecstatic and mystical experiences.  Both religious studies and theology need to take these states seriously as important aspects of lived human experience.