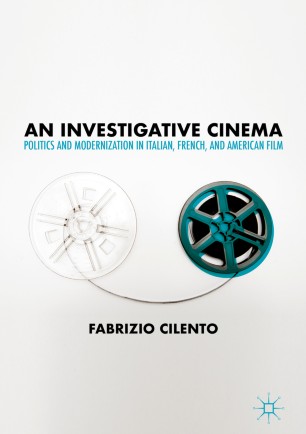 Politics and Modernization in Italian, French, and American Film

This book traces the development of investigative cinema, whose main characteristic lies in reconstructing actual events, political crises, and conspiracies. These documentary-like films refrain from a simplistic reconstruction of historical events and are mainly concerned with what does not immediately appear on the surface of events. Consequently, they raise questions about the nature of the “truth” promoted by institutions, newspapers, and media reports. By highlighting unanswered questions, they leave us with a lack of clarity, and the questioning of documentation becomes the actual narrative. Investigative cinema is examined in relation to the historical conjunctures of the “economic miracle” in Italy, the simultaneous decolonization and reordering of culture in France, the waves of globalization and neoliberalism in post-dictatorial Latin America, and the post-Watergate, post-9/11 climate in US society. Investigative cinema is exemplified by the films Salvatore Giuliano, The Battle of Algiers, The Parallax View, Gomorrah, Zero Dark Thirty, and Citizenfour.