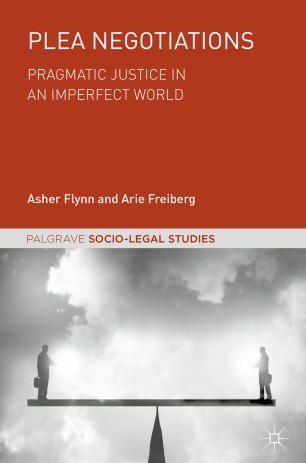 Pragmatic Justice in an Imperfect World

Despite a popular view that trials are the focal point of the criminal justice process, in reality, the most frequent way a criminal matter resolves is not through a fiercely fought battle between state and defendant, but instead through a process of negotiation between the prosecution and defence, resulting in a defendant pleading guilty in exchange for agreed concessions from the prosecution. This book presents an original empirical case-study of plea negotiations drawing upon interviews with legal actors and an analysis of defence practitioner case files, to shine light on the processes and ways in which an agreed outcome is reached in criminal prosecutions, within the setting of a jurisdiction, like many others world-wide, which is suffering major shifts in state resources. Plea negotiations, also referred to as “plea bargaining”, “negotiated guilty pleas” and “negotiated resolutions” are neither an alloyed benefit nor a detriment for defendants, victims or the criminal justice system generally, and like all compromises, this book shows how the perfect “justice” outcome gives way to the good, or just the reasonably acceptable justice outcome.

Arie Freiberg is an Emeritus Professor at Monash University. He was Dean of the Faculty Law at Monash University between 2004 and 2012. Before this, he was Dean of the Faculty of Arts at the University of Melbourne in 2003. He is the Chair of the Victorian and Tasmanian Sentencing Advisory Councils. His particular areas of expertise are sentencing, non-adversarial justice and regulation and has over 150 publications in these fields.