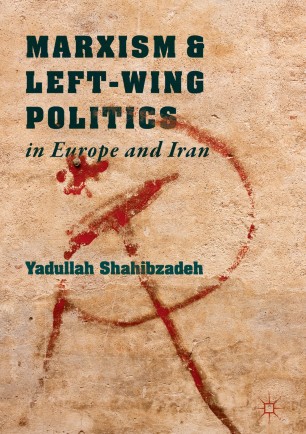 Marxism and Left-Wing Politics in Europe and Iran

This book reveals aspects of the rise and fall of the European and Iranian Left, their conceptualization of Marxism and ideological formations. Questions regarding the Left and Marxism within two seemingly different economic, political and intellectual and cultural contexts require comprehensive comparative histories of the two settings. This project investigates the intellectual transformations, which the European and Iranian Left have experienced after the Russian Revolution to the present. It examines the impacts of these transformations on their conceptualizations of history and revolution, domination and ideology, emancipation and universality, democracy and equality. The monograph will appeal to researchers, scholars and graduate students in the fields of political science, Middle Eastern and European studies, political history and comparative politics.

Yadullah Shahibzadeh is Author of The Iranian Political Language: From the late Nineteenth Century to the Present (2015), and Islamism and Post-Islamism in Iran: An Intellectual History (2016).  Previously, he taught at the University of Oslo, Norway.