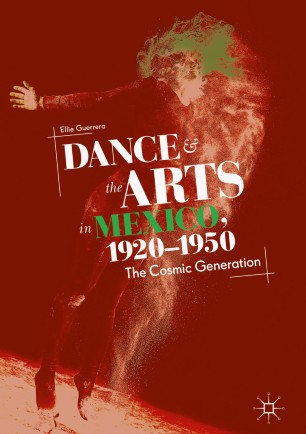 Dance and the Arts in Mexico, 1920–1950 tells the story of the arts explosion that launched at the end of the Mexican revolution, when composers, choreographers, and muralists had produced state-sponsored works in wide public spaces. The book assesses how the “cosmic generation” in Mexico connected the nation-body and the dancer’s body in artistic movements between 1920 and 1950. It first discusses the role of dance in particular, the convergences of composers and visual artists in dance productions, and the allegorical relationship between the dancer's body and the nation-body in state-sponsored performances. The arts were of critical import in times of political and social transition, and the dynamic between the dancer’s body and the national body shifted as the government stance had also shifted. Second, this book examines more deeply the involvement of US artists and patrons in this Mexican arts movement during the period. Given the power imbalance between north and south, these exchanges were vexed. Still, the results for both parties were invaluable. Ultimately, this book argues in favor of the benefits that artists on both sides of the border received from these exchanges.