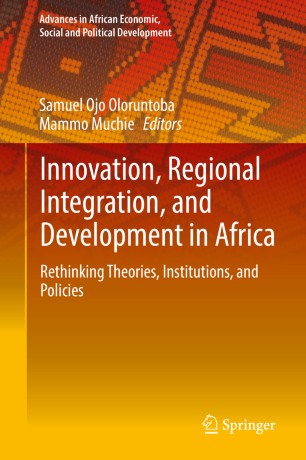 This book discusses the role of innovation and regional integration in economic development in Africa. Over the past five decades, post-colonial African countries have struggled to break loose from the trap of poverty and underdevelopment through the adoption of various development strategies at regional, national, and continental levels. However, the results of both national and regional efforts at advancing development on the continent have been mixed. Although the importance of agglomeration and fusion of institutions have long been recognized as possible path to achieving economic development in Africa, the approach to regionalism has been unduly focused on market integration, while neglecting other dimensions such as social policy, mobility of labor, educational policy, biotechnology, regional legislation, manufacturing, innovation, and science and technology. This volume argues that the immediate and long term development of Africa lies not just in the structural transformation of its economies but in the advancement of scientific and innovation capacities.

The book is divided into four parts. Part I addresses the theoretical and conceptual underpinnings of innovation and regional integration in Africa. Part II presents case studies which examine how regional economic institutions are fostering innovation in Africa. Part III of the book deals with sectoral issues on innovation and integrated development in Africa. Part IV sets the future research on innovation, regional integration, and development in Africa. Combining theoretical analysis and a comparative, interdisciplinary approach, this volume is appropriate for researchers and students interested in economic development, political economy, African studies, international relations, agricultural science, and geography, as well as policymakers in regional economic communities and the African Union.