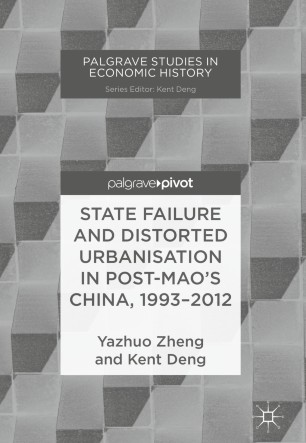 This book examines failure in the urbanisation of Northwest China as a result of government industrial policies that have impacted on the economic development of the region. By looking at the under-researched provinces of Gansu, Qinghai and Inner Mongolia, which make up a quarter of China's territory, Zheng and Deng challenge the common story of China's miracle growth and reveal the dark side of the country’s pursuit of modernity.

Severe weather conditions, chronic drought, permanent lack of oxygen and unforgiving terrain in the Northwest make farming, manufacture and services difficult simply because people tend not to stay. Yet, China’s current political system forces growth to take place even though basic conditions and prerequisites for market-based growth are missing. This volume analyses 'ghost cities' and social tension in the process of ‘forced urbanisation’ in which huge amount of resources are wasted, the local environment is systematically damaged and ordinary people’s basic rights are brutally violated in the name of higher GDP and greater government glory.

Yazhuo Zheng is President of the Beijing Enlightenment Institute for Economic and Social Research, China. Zheng is a scholar-turned government official; her experience as a local bureaucrat in addition to being an academic researcher have allowed her a unique insight into China’s on-going problems with state incompetence.