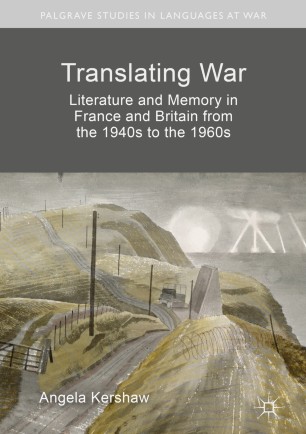 This book examines the role played by the international circulation of literature in constructing cultural memories of the Second World War. War writing has rarely been read from the point of view of translation even though war is by definition a multilingual event, and knowledge of the Second World War and the Holocaust is mediated through translated texts. Here, the author opens up this field of research through analysis of several important works of French war fiction and their English translations. The book examines the wartime publishing structures which facilitated literary exchanges across national borders, the strategies adopted by translators of war fiction, the relationships between translated war fiction and dominant national memories of the war, and questions of multilingualism in war writing. In doing so, it sheds new light on the political and ethical questions that arise when the trauma of war is represented in fiction and through translation. This engaging work will appeal to students and scholars of translation, cultural memory, war fiction and Holocaust writing.