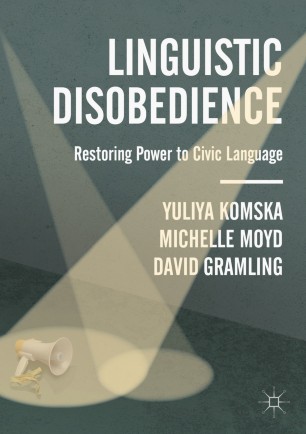 This book asks how we—as citizens, immigrants, activists, teachers—can counter the abuse of language in our midst. How can we take back the power of language from those who flaunt that power to silence or erase us and our fellows? In search of answers, Linguistic Disobedience recalls ages and situations that made critiquing, correcting, and caring for language essential for survival. From turn-of-the-twentieth-century Central Europe to the miseries of the Third Reich, from the Movement for Black Lives to the ongoing effort to decolonize African languages, the study and practice of linguistic disobedience have been crucial. But what are we to do today, when reactionary supremacists and authoritarians are screen-testing their own forms of so-called disobedience to quash oppositional social justice movements and their languages? Blending lyric essay with cultural criticism, historical analysis, and applied linguistics, Linguistic Disobedience offers suggestions for a hopeful pathway forward in violent times.