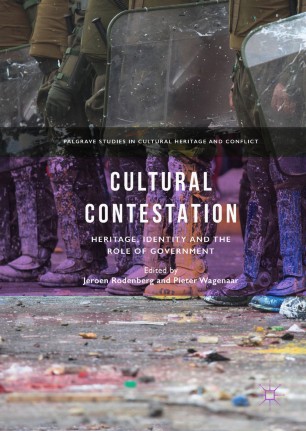 Heritage, Identity and the Role of Government

Heritage practices often lead to social exclusion, as such practices can favor certain values over others. In some cases, exclusion from a society’s symbolic landscape can spark controversy, or rouse emotion so much so that they result in cultural contestation. Examples of this abound, but few studies explicitly analyze the role of government in these instances. In this volume, scholars from a variety of academic backgrounds examine the various and often conflicting roles governments play in these processes—and governments do play a role. They act as authors and authorizers of the symbolic landscape, from which societal groups may feel excluded. Yet, they also often attempt to bring parties together and play a mitigating role.