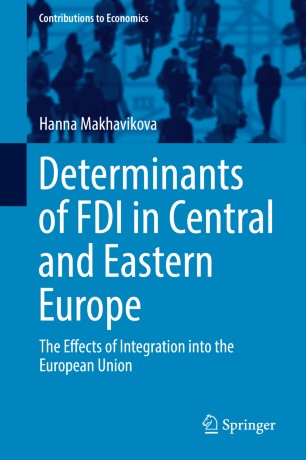 Determinants of FDI in Central and Eastern Europe

The Effects of Integration into the European Union

This book provides a detailed examination of foreign direct investment (FDI) inflows in Central and Eastern Europe (CEE) after closer integration in the European Union. An important facet of European economic integration was the development of a free-trade area in Central and Eastern Europe, which improved market accessibility. However, to date these relations have been little explored theoretically.

The book examines foreign investments in different transition countries from both a theoretical and an empirical perspective. It analyzes changes in the choice of location by foreign investors in nineteen CEE countries between 1992 and 2015, and shows that it is linked to the removal of intra-regional trade barriers. The findings suggest that regional integration increases the incentives for multinationals to invest in the participating countries, especially in those with larger markets and lower production costs.

Hanna Makhavikova is a graduate from the Belarus State Economic University and completed her doctoral degree at the Otto von Guericke University Magdeburg in 2017 under the supervision of Prof. Dr. Dr. h. c. Karl-Heinz Paqué and Prof. Dr. Dr. h. c. Gerhard Schwödiauer. Her research interests are in the fields of foreign direct investment, transition economies, European integration and international economics.