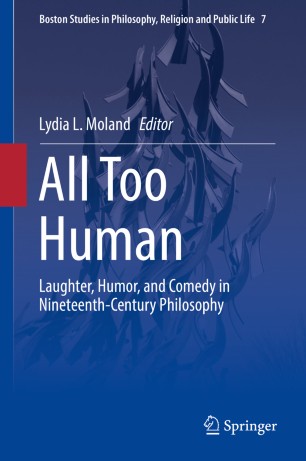 This book offers an analysis of humor, comedy, and laughter as philosophical topics in the 19th Century. It traces the introduction of humor as a new aesthetic category inspired by Laurence Sterne’s "Tristram Shandy" and shows Sterne’s deep influence on German aesthetic theorists of this period. Through differentiating humor from comedy, the book suggests important distinctions within the aesthetic philosophies of G.W.F. Hegel, Karl Solger, and Jean Paul Richter. The book links Kant’s underdeveloped incongruity theory of laughter to Schopenhauer’s more complete account and identifies humor’s place in the pessimistic philosophy of Julius Bahnsen. It considers how caricature functioned at the intersection of politics, aesthetics, and ethics in Karl Rosenkranz’s work, and how Kierkegaard and Nietzsche made humor central not only to their philosophical content but also to its style. The book concludes with an explication of French philosopher Henri Bergson’s claim that laughter is a response to mechanical inelasticity.