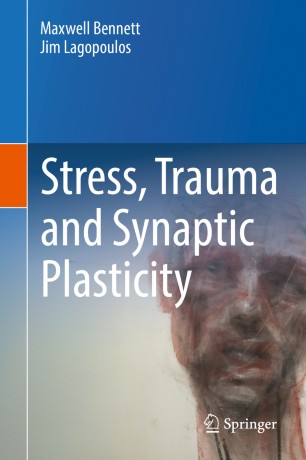 This book provides detailed insights into the cellular and molecular alterations that occur in the brain following stress and trauma.

The changes to the grey matter in certain areas of the brain are similar in stressed humans and animals, with the most likely basis for these changes being the degeneration of synaptic connections. In the book’s initial sections, the reader will learn about the core network of synaptic connections that are affected by stress and trauma disorders. These connections are chiefly modulated by dopamine, serotonin and Brain Derived Neurotrophic Factor (BDNF). In subsequent chapters, the NMDA-receptor-mediated plasticity of these synapses is discussed, with particular attention paid to how glucocorticoids can interfere with the function of BDNF and thereby affect the synapse’s physical stability. The book concludes by integrating the observations made in the previous sections so as to present plausible hypotheses regarding the identity of the networks, synapses and molecular pathways that promote fear and extinction.

Providing an up-to-date overview of the mechanisms of synaptic plasticity and physiological changes in the stressed and traumatized brain, this book will appeal to researchers, clinicians and students in the neurosciences.