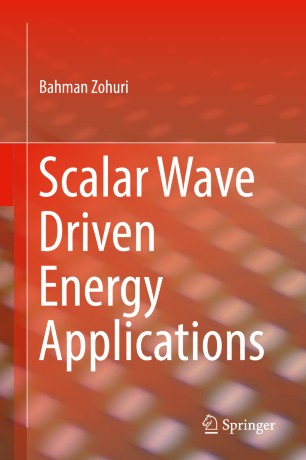 This book discusses innovations in the field of Directed Energy (DE) and presents new technologies and innovative approaches for use in energy production for possible Underwater Communication, Directed Energy Weapons Applications and at lower wave energy for Medical Applications as well. In-depth chapters explore the challenges related to the study of energy produced from Scalar Longitudinal Wave (SLW). Topics related to Scalar Longitudinal Waves (SLW) and their various applications in the energy, medical, and military sector are discussed along with principles of Quantum  Electrodynamics (QED) and theory, weapon applications of SLW, as well as SLW driven propulsion via an all-electronic engine, and for underwater communications. Scalar Wave Driven Energy Applications offers a unique solution for students, researchers, and engineers seeking a viable alternative to traditional approaches for energy production.

Dr. Bahman Zohuri currently works for Galaxy Advanced Engineering, Inc., a consulting firm that he started in 1991 when he left both the semiconductor and defense industries after many years working as a chief scientist. After graduating from the University of Illinois in the field of physics, applied mathematics, then he went to the University of New Mexico, where he studied nuclear engineering and mechanical engineering. He joined Westinghouse Electric Corporation, where he performed thermal hydraulic analysis and studied natural circulation in an inherent shutdown, heat removal system (ISHRS) in the core of a liquid metal fast breeder reactor (LMFBR) as a secondary fully inherent shutdown system for secondary loop heat exchange. All these designs were used in nuclear safety and reliability engineering for a sel4-actuated shutdown system. He designed a mercury heat pipe and electromagnetic pumps for large pool concepts of a LMFBR for heat rejection purposes for this reactor around 1978, when he received a patent for it. He was subsequently transferred to the defense division of Westinghouse, where he oversaw dynamic analysis and methods of launching and controlling MX missiles from canisters. The results were applied to MX launch seal performance and muzzle blast phenomena analysis (i.e., missile vibration and hydrodynamic shock formation). Dr. Zohuri was also involved in analytical calculations and computations in the study of nonlinear ion waves in rarefying plasma. The results were applied to the propagation of so-called soliton waves and the resulting charge collector traces in the rarefaction characterization of the corona of laser-irradiated target pellets. As part of his graduate research work at Argonne National Laboratory, he performed computations and programming of multi-exchange integrals in surface physics and solid-state physics. He earned various patents in areas such as diffusion processes and diffusion furnace design while working as a senior process engineer at various semiconductor companies, such as Intel Corp., Varian Medical Systems, and National Semiconductor Corporation. He later joined Lockheed Martin Missile and Aerospace Corporation as Senior Chief Scientist and oversaw research and development (R&D) and the study of the vulnerability, survivability, and both radiation and laser hardening of different components of the Strategic Defense Initiative, known as Star Wars.

He spent several years as a consultant at Galaxy Advanced Engineering serving Sandia National Laboratories, where he supported the development of operational hazard assessments for the Air Force Safety Center in collaboration with other researchers and third parties. Ultimately, the results were included in Air Force Instructions issued specifically for directed energy weapons operational safety. He completed the first version of a comprehensive library of detailed laser tools for airborne lasers, advanced tactical lasers, tactical high-energy lasers, and mobile/ tactical high-energy lasers, for example.

He also oversaw SDI computer programs, in connection with Battle Management C3I and artificial intelligence, and autonomous systems. He is the author of several publications and holds several patents, such as for a laser-activated radioactive decay and results of a through-bulkhead initiator. He has published the following works: Heat Pipe Design and Technology: A Practical Approach (CRC Press); Dimensional Analysis and Sel4-Similarity Methods for Engineering and Scientists (Springer); High Energy Laser (HEL): Tomorrow’s Weapon in Directed Energy Weapons Volume I (Trafford Publishing Company); and recently the book on the subject Directed Energy Weapons and Physics of High Energy Laser with Springer. He has other books with Springer Publishing Company; Thermodynamics in Nuclear Power Plant Systems (Springer); and Thermal-Hydraulic Analysis of Nuclear Reactors (Springer) and many others that they can be found in most universities technical library or they can be seen on Internet or Amazon.com.

He is presently holding position of Research Associate Professor in the Department of Electrical Engineering and Computer Science at University of New Mexico, Albuquerque, NM and continue his research on Neural Science Technology and its application in Super Artificial Intelligence, where he has published series of book in this subject as well his research on Scalar Waves, which result of his research is present book.