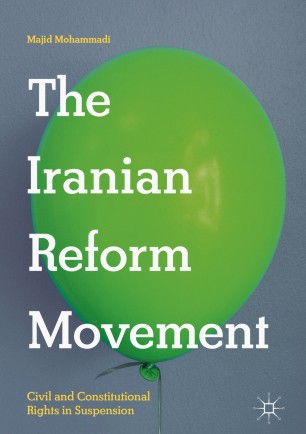 Civil and Constitutional Rights in Suspension

This book analyzes the reform movement in Iran and traces its political roots from the beginning of the 20th century to its relative demise with the purging of the Green Movement after the 2009 disputed elections. The author explains how this movement was shaped in a country with an authoritarian Islamist regime, how it grew, and what its achievements are, including its failures and setbacks. The project will appeal to scholars and students in the fields of Middle Eastern politics and sociology, Iranian politics, democracy, and the US-Iran relations.

“This is an insightful analysis on a very important topic. It is a must-read for everyone interested in Iran’s social and political conflicts.” (Misagh Parsa, Professor of Sociology , Dartmouth College, USA)
Buy options