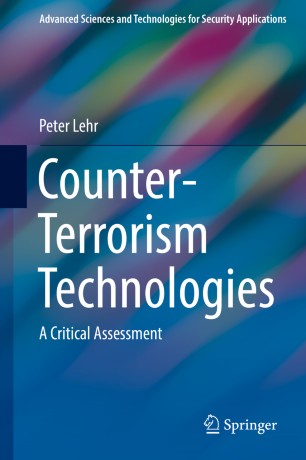 This book critically discusses the role of technology for counter-terrorism in general, and for securing our vulnerable open societies in particular. It is set against the backdrop of the terrorist threat posed by the combined forces of Al Qaeda and ISIS/Daesh in the foreseeable future.

The book commences by illuminating current and foreseeable tactics and weapons used by these implacable enemies – weapons that may well include chemical, biological, radiological and potentially even nuclear (CBRN) devices. In a second part, it introduces technologies already available or in development that promise an increase in safety and security when it comes to the dangers posed by these terrorists. This part also includes a critical discussion of advantages and disadvantages of such technologies that are, quite often, sold as a ‘silver bullet’ approach in the fight against terrorism. Controversies such as those triggered by the abuse of millimeter wave scanners deployed at several Western European airports will demonstrate that there are costs involved with regard to human rights. The third, analytical part takes the critical discussion further by arguing that the uncritical fielding of new surveillance and control technologies in parallel with the on-going outsourcing and privatization of key services of the state could well lead to dystopias as envisaged in a rather prescient way by the so-called cyperpunk novels of the 1980s. The book concludes with the question that any liberal democracy should ask itself: how far can we go with regard to hardening our societies against terrorist threats?