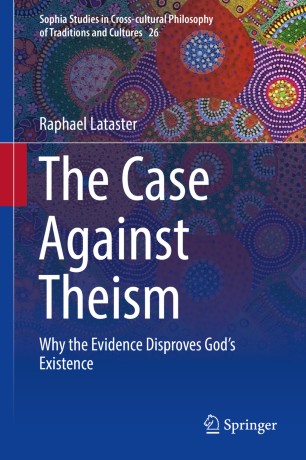 The Case Against Theism

Why the Evidence Disproves God’s Existence

Part of the Sophia Studies in Cross-cultural Philosophy of Traditions and Cultures book series (SCPT, volume 26)

This monograph offers a critique of arguments for the existence of a specifically Christian God advanced by prominent scholar William Lane Crane. The discussion incorporates philosophical, mathematical, scientific, historical, and sociological approaches. The author does not seek to criticize religion in general, or Christianity specifically. Rather, he examines the modern and relatively sophisticated evidential case for Christian theism.

Scholars have been arguing for theism or naturalism for centuries, and there seems little to add to the discussion, especially from the theistic side. However, to assume that either theism or naturalism obtains is a false dichotomy. There are alternatives to both that merit consideration. Employing a probabilistic approach, the author advances this discussion. His work uniquely utilizes not only naturalistic hypotheses to argue against theism. It also presents supernaturalistic hypotheses. This leaves no question that theism is almost certainly false, even if some form of divine reality exists.

This project seeks not to argue that Christianity or any other faith or religion is undesirable, but only to critically examine evidentialist claims posited by Christianity’s learned apologists. In fact, a major secondary aim is to consider alternative god-conceptions, such as polytheism and pantheism. This work aims to highlight that Christian theism is often granted special privileges by theistic philosophers of religion, which seems doubly inappropriate when certain alternative god-conceptions may even prove to be more plausible.

Raphael Lataster is an Associate Lecturer in the Studies in Religion department at the University of Sydney. Raphael is interested in Christian origins and alternatives to classical theism, and has published articles in journals such as The International Journal for Philosophy of Religion, Sophia, The European Journal for Philosophy of Religion, and Think, among others.