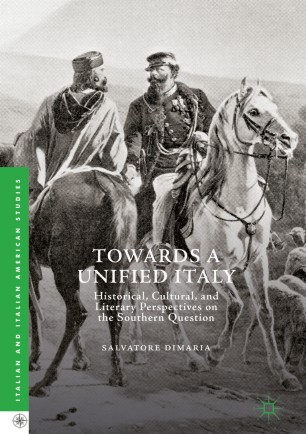 Towards a Unified Italy

Historical, Cultural, and Literary Perspectives on the Southern Question

Since unification in 1860, Italy has remained bitterly divided between the rich North and the underdeveloped South. This book examines the historical, literary, and cultural context that has informed and inflamed the debate on the Southern Question for over a century. It brings together analysis of cinema, literature, and newspaper archives to reconsider the myths and stereotypes that both Northerners and Southerners deploy in their narratives. Salvatore DiMaria offers a masterful assessment of the entangled issues that have produced the South’s image as impoverished and backwards, such as organized crime, illiteracy, and mass emigration. Documenting the state’s largely failed efforts to bring the South into its socio-economic fold, DiMaria also points to the future, arguing that the European Union and globalization are transformative forces that may finally produce a unified Italy.