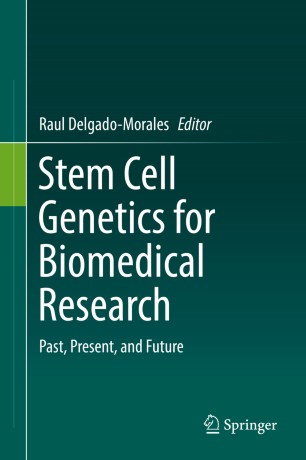 Past, Present, and Future

This book looks at where stem cell technology is presently and how it is instrumental in advancing the field of disease modeling and cell transplantation. By focusing on major human disorders such as Alzheimer’s disease, cancer, and heart disorders, the book summarizes the major findings in the field of human stem cells and dissect the current limitations on our understanding of stem cells biology. The chapters focus on the genetics, genomics, epigenetics and physiology of stem cells models, together with technological advances on molecular biology such as CRISPR/Cas9 or epigenetic editing, that will be instrumental in the future of human disease modeling and treatment.

In base of the limitations of current disease models and in front of the unmet necessity of finding therapeutical interventions for human disorders, the availability of stem cell technology has opened new doors for several fields. The unlimited self-renewal capacity and more extensive differentiation potential of stem cells offers a theoretically inexhaustible and replenishable source of any cell subtype. Since Professor Shinya Yamanaka described it, 10 years ago in his seminal paper, that somatic cells could be reprogrammed to inducible stem cells (iPSC) just by expressing four transcription factors, the field of has exploded, especially its applications in biomedical research.

Raul Delgado-Morales holds a PhD in Neuroscience. He completed his doctoral studies at the Universitat Autònoma de Barcelona working in the field of epigenetics as it relates to depression. After that he received a Marie Curie Postdoctoral Fellowship, to continue his research as a postdoc at the Max Planck Institute of Psychiatry in Munich. There he focused on Alzheimer’s disease. After four years in Germany, he moved to Bellvitge Biomedical Research Institute (IDIBELL), in Barcelona, to lead research on neuroepigenomics. Currently he is the Scientific Deputy Director of IDIBELL.