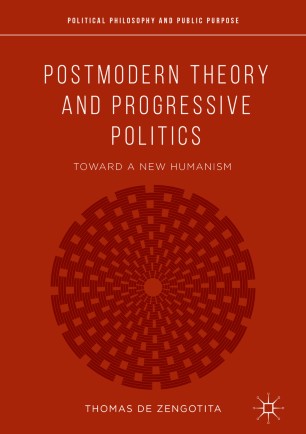 Toward a New Humanism

This book examines the lasting influence of the academic culture wars of the late 20th century on the humanities and progressive politics, and what to make now of those furious debates over postmodernism, multiculturalism, relativism, critical theory, deconstruction, post-structuralism, and so on. In an effort to arrive at a fair judgment on that question, the book reaches for an understanding of postmodern theorists by way of two genres they despised; and hopes, for that reason, to do them justice. The story, in its telling, justifies two basic claims: first, that the phenomenological/hermeneutical tradition is the most suitable source of theory for a humanism that aspires to be truly universal; and, second, that the ethical and political aspect of the human condition is authentically accessible only through narrative. In conclusion, it argues that the postmodern moment was a necessary one, or will have been if we rise to the occasion—and that that is its historical significance.

Thomas de Zengotita teaches at the Dalton School, USA, and New York University's Draper Interdisciplinary Master's Program, USA. He is a contributing editor at Harper's Magazine. He holds a PhD in anthropology from Columbia University, USA.

“The ‘and’ in de Zengotitia’s title, Postmodern Theory and Progressive Politics points with deliberate ambiguity in two directions. One the one hand, postmodernism was a necessary solvent of the aspirations of twentieth century modernism to reach the absolute through the creative resources of individual subjectivity. But as a corrosive agent postmodernism went too far in denying the subject and the validity of humanism as an ideal. De Zengotita’s compact and energetic summaries of a wide range of thinkers and artists from Descartes to Rorty, from the rise of the modern subject to his/her chastening, are not only useful introductions to each. They are the building blocks of an original and highly important argument for the necessity of a realistically progressive humanistic program that avoids the errors of totalism.” (Gerald Izenberg, Professor Emeritus of Modern European History, Washington University, St. Louis, USA)

“Although the moment of “postmodernism” has passed, its effects linger on. In this ambitious and far-ranging book, Thomas de Zengotita acknowledges its positive legacy, while seeking to reconstruct a viable notion of the universalist humanism that postmodernists so cavalierly jettisoned.” (Martin Jay, Professor of History, University of California, Berkeley)

“Blame for a ‘crisis of the humanities’ is often laid at the door of something called ‘postmodernism,’ usually by those who have little notion of the substance of European philosophy in the twentieth century. In this accessible and amiable book, Thomas de Zengotita provides an expert survey of seeds of a new humanism and a progressive agenda to be found precisely in traditions routinely attacked for burying both.” (Samuel Moyn, Professor of History and Law, Yale University, USA)

"Among its many accomplishments, Postmodern Theory and Progressive Politics illuminatingly situates the respective projects of Anglophone analytic philosophy and French critical theory.  De Zengotita is a master at weaving into his keen exposition carefully selected biographical anecdotes that make even the most difficult arguments (from authors as diverse as Descartes, Derrida, and Rorty) pulse with the idiosyncratic human perspectives of their creators."  (Adam Elga, Professor of Philosophy, Princeton University, USA)

“In Postmodern Theory and Progressive Politics, Tom de Zengotita has given us a bold genealogy of the present intellectual moment. Using history as a search-lamp and a scalpel, he sheds new light on the ideas we hold to today, and seeks to remove them surgically from the old debates that impede their continued development. Revealing the forces that shaped postmodern theory in the twentieth century, Zengotita urges us to update it for the political challenges of our time.” (Edward Baring, Associate Professor of Modern European History, Drew University, USA)

“Thomas de Zengotita’s Postmodern Theory and Progressive Politics is a heady, lucid, and ultimately persuasive philosophical recasting of nearly a half-century of academic kulturkampf. The Kristeva and Derrida sections are sterling - the best I've ever read on each. But the tour de force is his account of Gilles Deleuze.  I tried Anti-Oedipus a few years ago and was defeated by it.  Yet now I'm walking around with Deleuze’s ontology flickering in and out of thinkability in my head and seeing how it might apply to this or that event or circumstance I happen to encounter. But de Zengotita gives all the thinkers he engages a rereading that is rigorous, respectful, accessible, and, in important ways, against the grain. As an etiology of the current cultural situation, this book belongs on a shelf with Frederic Jameson’s Postmodernism, or, The Cultural Logic of Late Capitalism and David Harvey’s The Condition of Postmodernity.” (Garth Risk Hallberg, Professor of Creative Writing, Sarah Lawrence, USA; author of City on Fire)

“Thomas de Zengotitaís engaging synthesis shows that late-twentieth-century French theorists achieved a historical breakthrough: by exposing the hubris and hypocrisy of modern universal humanism, they heralded the pursuit of meaning and solidarity that does justice to the worldís real diversity. As Louis Althusser put it, "theoretical antihumanism justifie[s] genuine, practical humanism.” Against those who would prefer to delete the postmodern moment from the history of thought, Zengotita demonstrates its lasting effects and unrealized promises. To those who would jettison humanism altogether, he rightly cautions that the search for our common humanity continues. We need this book today.”  (Julian Bourg, Associate Professor of Modern European History, Boston College, USA; author of From Revolution to Ethics: May 1968 and Contemporary French Thought)