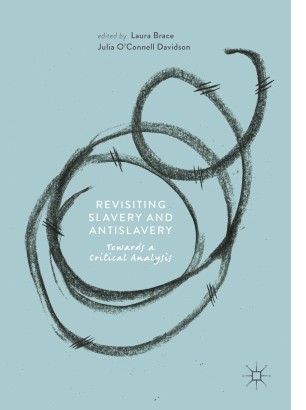 Towards a Critical Analysis

Despite growing popular and policy interest in ‘new’ slavery, with contemporary abolitionists calling for action to free an estimated 40 million ‘modern slaves’, interdisciplinary and theoretical dialogue has been largely missing from scholarship on ‘modern slavery’.

This edited volume will provide a space to reinvigorate the theory and practice of representing slavery and related systems of domination, in particular our understandings of the binary between slavery and freedom in different historical and political contexts. The book takes a critical approach, interrogating the concept of modern slavery by exploring where it has come from, and its potential for obscuring and foreclosing new understandings.

Including contributions from philosophers, political theorists, sociologists, anthropologists, and English Literature scholars, it adds to the emerging critique of the concept of ‘modern slavery’ through its focus on the connections between the past of Atlantic World slavery, the present of contemporary groups whose freedoms are heavily restricted (prisoners, child labourers in the Global South, migrant domestic workers, and migrant wives), and the futures envisaged by activists struggling against different elements of the systems of domination that Atlantic World slavery relied upon and spawned. Revisiting Slavery & Antislavery will be of indispensable value to scholars, students, policy makers and activists in the fields of human rights, modern history, international politics, social policy, sociology and global inequality.

Laura Brace is Associate Professor in Political Theory, University of Leicester, UK. Her work focusses on the politics of property in political thought, and the ways in which it is inflected by class, race and gender.
Julia O’Connell Davidson is Professor of Social Research, University of Bristol, and Co-Director of Bristol Institute of Migration and Mobility Studies (BIMMS), a founder member of Beyond Trafficking and Slavery (BTS).