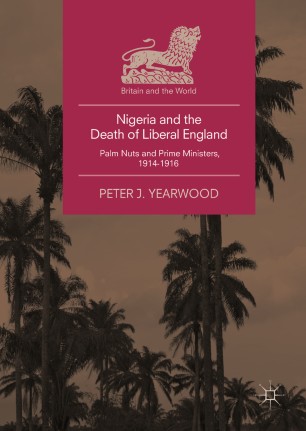 Nigeria and the Death of Liberal England

This book shows how a stormy parliamentary debate over the sale of German properties in Nigeria on 8 November 1916 began the process which brought down Asquith and made Lloyd George prime minister. The Colonial Secretary, Bonar Law, who was also leader of the Conservative Party, wanted neutral firms to bid. Usually presented as a policy imposed on him by doctrinaire Liberal free-traders, it was in fact that of the colonial government, which hoped that encouraging foreign competition would prevent the Nigerian export economy becoming controlled by a ring of mainly Liverpool firms. Seeing itself as the defender of Nigerian interests, the Colonial Office endorsed this. The large British companies got up an agitation, which was taken over by Sir Edward Carson, the one significant opposition politician, as part of his attack on supposed German influence in high places. Law counter-attacked by arguing that a supposedly patriotic cause masked the greed of an emergent cartel. He succeeded because smaller British and African firms, trying to break into the now profitable produce export trade, had already painted that picture. By defeating Carson in the debate, Law became again an effective party leader, who hoped to re-invigorate the coalition, but instead found himself working with Lloyd George to sideline Asquith. Based on underused sources, and overturning established interpretations, the book situates the debate within the context of the development of the Nigerian economy, the conflicts between the major firms, the role of oils and fats in wartime, and the emergence of Nigerian nationalism.