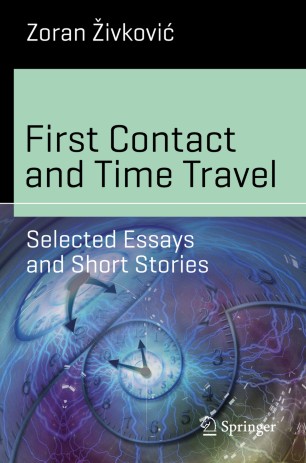 This volume collects both essays and fictional material around two core topics in the long career of the Serbian writer, essayist, researcher, publisher and translator. The first topic - first contact - is chiefly represented by his comprehensive essay on "The Theme of First Contact in the SF Works of Arthur C. Clarke" and reflected on the literary level with his short stories "The Bookshop" and "The Puzzle". Two shorter essays on the second topic - time travel in SF literature - introduce, amongst others, the well-known and fascinating mosaic novel Time Gifts, which skillfully explores the more literary side of the notions of past, present and future. In the annotations the author provides insights into his take on the subjects presented.

Zoran Živković graduated in literary theory from the Department of Comparative Literature at the University of Belgrade in 1973. Until his recent retirement he was a professor at the Faculty of Philology at the University of Belgrade where he taught Creative Writing. Živković has won several literary awards for his fiction: in 1994 his novel The Fourth Circle won the Miloš Crnjanski award; in 2003, his mosaic novel The Library won a World Fantasy Award for Best Novella, and in 2007 he won the Isidora Sekulić award for his novel The Bridge. In the same year he received the "Stefan Mitrov Ljubiša" award for his lifetime achievement in literature. In 2014 and 2015 Živković received three awards for his contribution to the literature of fantastika: Art-Anima, Stanislav Lem and The Golden Dragon.