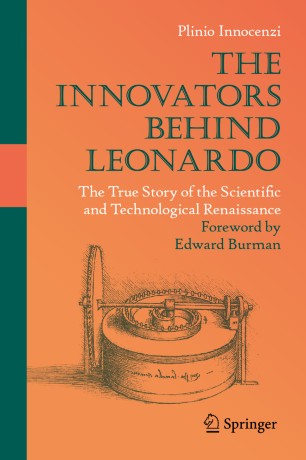 The Innovators Behind Leonardo

The True Story of the Scientific and Technological Renaissance

This engaging book places Leonardo da Vinci’s scientific achievements within the wider context of the rapid development that occurred during the Renaissance. It demonstrates how his contributions were not in fact born of isolated genius, but rather part of a rich period of collective advancement in science and technology, which began at least 50 years prior to his birth.

Readers will discover a very special moment in history, when creativity and imagination were changing the future—shaping our present. They will be amazed to discover how many technological inventions had already been conceived or even designed by the engineers and inventors who preceded Leonardo, such as Francesco di Giorgio and Taccola, the so-called Siena engineers. This engaging volume features a wealth of illustrations from a variety of original sources, such as manuscripts and codices, enabling the reader to see and judge for him or herself the influence that other Renaissance engineers and inventors had on Leonardo.

Plinio Innocenzi is a full professor of Materials Science and Materials Technology at the University of Sassari and has a special interest in science popularization at different levels.  He has a doctorate in physics but attended a Classic Lyceum dedicated to Humanities, Art, Latin, and Greek, which is why he has always maintained a multidisciplinary vision and developed a special passion for the connections between science and art. He has dedicated particular attention in recent years to Leonardo’s scientific work and has participated in numerous conferences and festivals on the topic. This book is the result of Prof. Innocenzi's desire to make general readers more aware of the multifaceted origins of scientific and technological knowledge.

“Although a plethora of volumes about Leonardo da Vinci exists, Innocenzi’s work is unique in focusing on Leonardo’s scientific and technical treatises, drawings, and notes, placing them in context with other thinkers working during the Renaissance or before. … The accessible style and many illustrations should make Innocenzi's text attractive and useful for general readers and undergraduate students.” (A. C. Prendergast, Choice, Vol. 56 (5), January 2019)​
Buy options