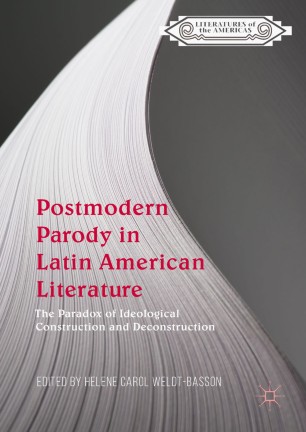 The Paradox of Ideological Construction and Deconstruction

This book examines postmodern parody in Latin American literature as the intersection between ideology construction and deconstruction. Parody’s chief task is to deconstruct and criticize the ideologies behind previous texts. During this process, new ideologies are inevitably constructed. However, postmodernism simultaneously recognizes the partiality of all ideologies and rejects their enthronement as absolute truth. This raises the question of how postmodern parody deals with the paradox inherent in its own existence on the threshold between ideology construction/deconstruction and the rejection of ideology. This book explores the relationship between parody and ideology, as well as this paradox of postmodern parody in works written by writers ranging from early twentieth-century poets to the most recent novel by the Nobel Prize-winning Mario Vargas Llosa. The analyses include such authors as Cristina Peri Rossi, Manuel Puig, Luisa Valenzuela, Enrique Sánchez, Roberto Bolaño, Claudia Piñeiro, Margarita Mateo Palmer, Boris Salazar and Rosario Ferré.

Helene Carol Weldt-Basson is Professor of Latin American Literature at the University of North Dakota, USA. She has previously held appointments at Michigan State, Wayne State, Fordham and Columbia Universities. She is the author of three books: Augusto Roa Bastos’s I The Supreme: A Dialogic Perspective (1993), Subversive Silences: Nonverbal Expression and Implicit Narrative Strategies in the Works of Latin American Women Writers (2009), and Masquerade and Social Justice in Contemporary Latin American Fiction (2017). She is also the editor of two previous essay collections with Palgrave Macmillan: Postmodernism’s Role in Latin American Literature: The Life and Work of Augusto Roa Bastos (2010) and Redefining Latin American Historical Fiction: The Impact of Feminism and Postcolonialism (2013).