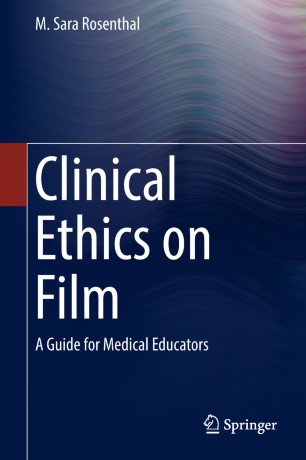 A Guide for Medical Educators

This book discusses feature films that enrich our understanding of doctor-patient dilemmas. The book comprises general clinical ethics themes and principles and is written in accessible language. Each theme is discussed and illuminated in chapters devoted to a particular film. Chapters start with a discussion of the film itself, which shares details behind the making of the film; box-office and critical reception; casting; and other facts about production. The chapter then situates the film in a history of medicine and medical sociology context before it delves into the clinical ethics issues in the film, and how to use it as a teaching aid for clinical ethics.  Readers will understand how each film in this collection served to bring particular clinical ethics issues to the public’s attention or reflected medico-legal issues that were part of the public discourse. The book is a perfect instructor's guide for anyone teaching bioethics, healthcare ethics, medical sociology, medical history, healthcare systems, narrative medicine, or nursing ethics.

Dr. M. Sara Rosenthal is Professor of Bioethics, Departments of Internal Medicine, Pediatrics, and Behavioral Science at the University of Kentucky. She is Founding Director of the University of Kentucky Program for Bioethics, Chair of the University of Kentucky Healthcare Ethics Committee, and Director of the University of Kentucky’s Clinical Ethics Consultation Service. She received all her training at the University of Toronto, including her graduate training in medical sociology and bioethics training at the University of Toronto Joint Centre for Bioethics. She has an undergraduate degree in English literature (minor in film studies), as well as a Bachelor of Education (Canada) and Teaching Certificate in English Literature and Politics.  Prior to her bioethics career, she was a medical journalist for many years, and has a well-recognized name in health trade publishing, having written over 30 trade books. As an academician, Dr. Rosenthal has published numerous peer-reviewed papers, and has served as bioethicist on several clinical practice guidelines committees; she has also chaired ethics committees for national medical professional societies. As a bioethicist, medical sociologist, and film buff, she has been using film to teach clinical ethics for over 15 years, and teaches a popular cross-over course at the University of Kentucky called “Bioethics on Film” which has two sections: one for healthcare trainees and medical students, and one for undergraduate students.  She has created two multimedia series for medical residency education: Introduction to Clinical Ethics (2007) and Professionalism and Humanism (2010), which are designed as documentaries that use over 100 film clips to demonstrate clinical ethics and professional ethics issues. She has also created an original self-guided documentary on Moral Distress, known as The Moral Distress Education Project, which contains several hours of original interviews with experts on moral distress.