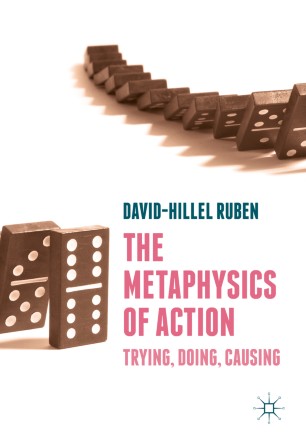 The Metaphysics of Action

In this book, the author provides an account of three central ideas in the philosophy of action: trying to act, acting or doing, and one’s action causing further consequences. In all three cases, novel theories of these phenomena are offered: trying to act is not a particular mental or physical act but can be explained using conditionals; that action is not the same as causing something to happen; and in the case of a special but important subset of actions, for example the opening of a window, the action is identical to the event of the window’s opening. A result of this last account is that it places actions out in the world, sometimes far removed in time and space from the actor’s body. The world is full of action; actions do not just exist in the many little islands of space and time that all of our bodies inhabit. In the final chapter, Ruben describes and discusses a skeptical challenge to the idea that we can ever know whether or not someone else has acted, rather than just passive events having happened to that person.