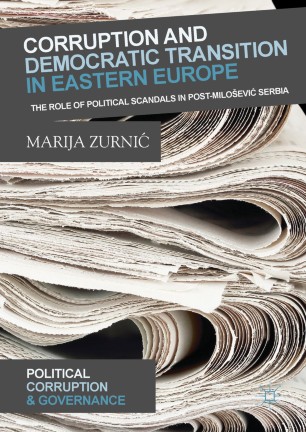 The Role of Political Scandals in Post-Milošević Serbia

Part of the Political Corruption and Governance book series (PCG)

This book examines the relationship between corruption scandals and transitional processes in post-Milošević Serbia after 2000. The study challenges the view that corruption has always been understood as a conflict between private interests and the public good, as these concepts are defined in Western democracies, and explores how anti-corruption discourse has been used for political mobilisation. Through an examination of high-profile political scandals in Serbia, the author shows how the meaning of corruption changed over time. In the early 2000s, corruption focused on the legacy of Milošević’s rule and was identified through the public’s limited access to the privatisation process. By the end of the decade, conceptualisations of corruption in public debate were so diversified that each anti-corruption measure undertaken by the state was interpreted as an act of corruption by other voices in the discourse. The book will appeal to students and scholars interested in corruption studies, discourse analysis and Balkan politics.
Marija Zurnić is an independent researcher in anti-corruption studies and discourse analysis in Southeast Europe.