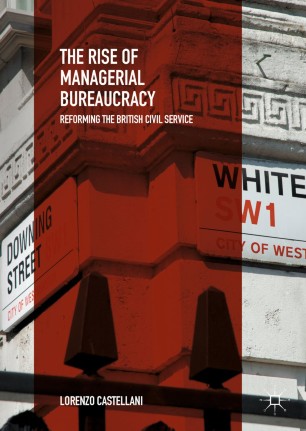 The Rise of Managerial Bureaucracy

The book provides detailed analysis of the structure and operation of the British Civil Service along with a historically grounded account of its development in the period from Margaret Thatcher to the Tony Blair premiership. It assesses continuity and change in the civil service during a period of deep transformation using new archive files, government and parliament reports, primary and secondary legislation. The author takes the evolutionary change of the civil service as a central theme and examines the friction between new managerial practices introduced by government in the 80s and 90s and the administrative traditions rooted in the history of this institution. In particular the author assesses the impact of the New Public Management agenda of the Thatcher and Major years its enhanced continuity during the Blair years. Further changes that involved ministerial responsibility, codification, performance management, special advisers and constitutional conventions are analyzed in the conclusions.
Lorenzo Castellani is Research and Teaching Assistant at LUISS Guido Carli in Rome. He was previously visiting scholar at King’s College London, visiting fellow at the Open University, and studied at IMT Institute for Advanced Studies, Lucca.