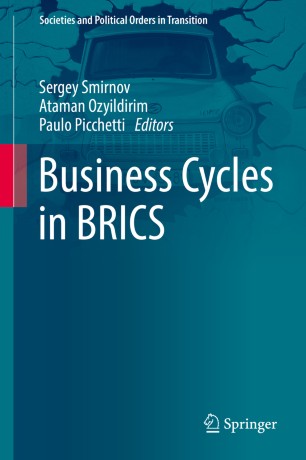 This volume focuses on the analysis and measurement of business cycles in Brazil, Russia, India, China and South Africa (BRICS). Divided into five parts, it begins with an overview of the main concepts and problems involved in monitoring and forecasting business cycles. Then it highlights the role of BRICS in the global economy and explores the interrelatedness of business cycles within BRICS. In turn, part two provides studies on the historical development of business cycles in the individual BRICS countries and describes the driving forces behind those cycles. Parts three and four present national business tendency surveys and composite cyclical indices for real-time monitoring and forecasting of various BRICS economies, while the final part discusses how the lessons learned in the BRICS countries can be used for the analysis of business cycles and their socio-political consequences in other emerging countries.

Sergey Smirnov is Deputy Director of the “Development Center” Institute, National Research University Higher School of Economics, Moskow. For decades he worked in academic institutions and private think-tanks. In recent years, he focusses on monitoring and analyzing the Russian and international economy and pays special attention to the characteristics of the Russian economic cycle, building up this field of economic knowledge almost from the ground upwards. His research established the long-run historical trajectory of the Russian economy, identified its turning points, constructed a system of cyclical (leading, coinciding, and lagging) indicators for Russia and assessed its suitability for forecasting of the two latest recessions in real-time. He received his PhD in economics from The Moscow State University in 1986.
Ataman Ozyildirim is Director, Business Cycle and Growth Research at The Conference Board, New York. In addition to leading the research program on business cycles and developing leading economic indexes for mature and emerging economies, he also manages the research program in productivity, innovation and competitiveness. His team produces The Conference Board’s annual Global Economic Outlook which is also updated quarterly. As a native of Istanbul, Turkey, he received his BA in economics from Ithaca College, New York and his PhD in economics from The Pennsylvania State University.
Paulo Picchetti received his PhD in Economics from University of Illinois at Urbana-Champaign in 1995. He started teaching at University of São Paulo at that year, in a joint appointment with Fundação Instituto de Pesquisas Econômicas, where he also worked as a researcher and coordinator of the Consumer Price Index. In 2007 he joined Fundação Getulio Vargas, teaching at the São Paulo School of Economics, and in a joint appointment with Instituto Brasileiro de Economia. He is a member of the Brazilian Dating Committee for Economic Cycles (CODACE), and is involved in a number of research projects acting as an applied econometrician.