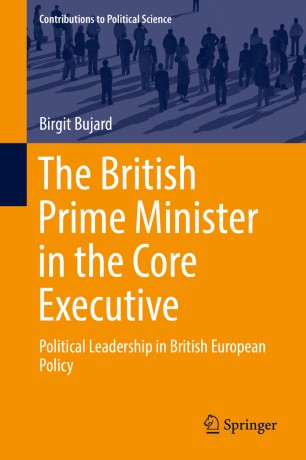 The British Prime Minister in the Core Executive

This book examines the UK prime minister’s political leadership in the domestic executive. By offering a comparative study of the political leadership of James Callaghan, Margaret Thatcher, John Major and Tony Blair with regard to European monetary policy, it challenges the thesis that British prime ministers today have more power, resources and autonomy than their predecessors, giving them a greater capacity to act.
Taking key European monetary policy decisions by the British government between 1976 and 2007 as empirical cases, the book assesses the extent to which the political leadership of each prime minister was affected by the cabinet, the parliamentary party as well as the media, and the extent to which he or she was able to manage these factors. It becomes clear from this analysis that prime ministerial predominance is not as frequent as suggested, while collective leadership does not represent a return to cabinet government. Moreover, particularly the party in government affects the prime minister’s leadership by shaping his or her options on appointments (and therefore the composition of the core executive), and through its behaviour in parliament, e.g. through rebellions or the threat of them.

Birgit Bujard is managing director of the German Society for Online Research (DGOF). Her research in political science focuses on British European policy and the relationship between Great Britain and the European Union.